Discover the essential Catalonia and the unforgettable Madrid in this 8-day circuit visiting impressive places such as the volcanic area of Garrotxa, Dali and Gaudi routes or the Montserrat massif. Discover the must-see places you should not miss if you come to Spain!

Breathtaking natural landscapes, Catalan modernism and avant-garde, historical gems, authentic masterpieces of geniuses like Dalí or Gaudí... All this and much more you will discover with our organized tour to Barcelona and Girona. Are you in? Fabulous days in unique and special places in Catalonia are just a click away, so don't miss this great opportunity and enjoy your well-deserved vacation in Spain. In addition, in Premium category: Our star product. Taking care of all the details of the circuit, from the complete breakfast buffet every morning, to your hotel every night, going through every visit on the route, including most of the main attractions of the trip: tickets, experiences, visits, etc. and with a carefully selected gastronomic offer. Our Premium product will make your dream trip come true.

Arrival in Madrid. Transfer to the hotel. Rest of the day at leisure. As long as your flight arrival time allows, you will meet your escort guide at the hotel reception at the end of the afternoon. Overnight at the hotel.

Breakfast and departure to Medinaceli, through which Celts, Romans, Christians and Arabs passed. Free time to walk through its streets where you will enjoy its rich artistic heritage, such as the Roman arch of the first century, the only one with triple arches in Spain, the castle, built in the fourteenth century, on the structure of the ancient Arab fortress, highlighting the walls with the Arab gate that gives access to the old town with its narrow streets with remarkable buildings and the Plaza Mayor, arcaded and surrounded by historic buildings. Continuation to the Catalan Autonomous Community, to visit the Monastery of Vallbona de las Monjas (entrance included) in the province of Lérida, which is one of the main architectural examples of the Cistercian Route. Continuation to Barcelona. Dinner and overnight.

Breakfast and panoramic tour of Barcelona with local guide. We will start at Montjuic and walk through the so-called "Gothic Quarter", where we will find some of the most emblematic monuments and places of the capital. To say Barcelona is to say the Rambla, the colorful and lively promenade that connects the Plaza de Cataluña with the Plaza de Colón, has outstanding places such as: the Boqueria market, the Liceu or the Plaza Real. At the end of the 19th century, a new concept of urbanism emerged in Barcelona, shown in the Eixample and a new architectural style, called Modernisme, another hallmark of the city's identity. It will always be linked to the figure of Gaudí, leaving samples of his creativity in the famous Casa Milá, the Güell Park and the unfinished Sagrada Familia. The port, vibrant and lively center, beaches like Barceloneta or Camp Nou are also symbols of Barcelona. Lunch and free afternoon. Overnight stay.

Breakfast. Departure to the province of Girona which is located in the northwest of the autonomous community, has the largest expanse of forest in Spain, some of the most beautiful beaches of the Mediterranean, and the volcanic area of the Garrotxa, which today we will visit. Its name means "rough, broken and hard to walk on land". The tour begins in Santa Pau, its main square has been the scene of films and commercials, the structure of its streets in the ramparts reminds us of the medieval past of the population. We continue to the Natural Park of the Volcanic Zone of the Garrotxa that has more than 40 volcanoes, and an interesting landscape of fertile lava valleys. The Croscat volcano is one of the most accessible, thanks to the route that is done in what is now a tourist train, the Carrilet, which takes us to the heart of it. Lunch. After the experience, departure to Besal. One of the most beautiful villages in Spain, which has an interesting historic center presided over by the magnificent medieval bridge, the tour of the old Jewish quarter will take us to another era. and to finish the day, visit Girona with a local guide. The capital of the homonymous province welcomes us with the typical colorful houses located on the banks of the river Onyar. The city has many attractions for the visitor, which we will know accompanied by our local guide, are among others: the cathedral built in the highest part of the medieval city, in the walled Old Quarter (Barri Vell), which also highlights the Roman ruins of the fortress Força Vella, the ornamental gardens bordering the Archaeological Walk, the ancient Arab baths and the magnificent Romanesque church of San Feliu. The city has been the setting for thousands of movies and series, perhaps the most famous in recent times has been Game of Thrones. Free time to enjoy the atmosphere of the city. Lodging.

Breakfast. Departure to Figueras, where we will visit Dali's house museum (entrance included). The controversial and brilliant creator decided to link part of his works to the town where he was born, to enter this space is to enter the artist's universe. We continue the tour and the next stop will be Cadaqués, a quiet fishing village located at the foot of the steep mountains of Cap de Creus, the easternmost point of Spain, whose whimsical landscape inspired Dalí. The walk through Cadaqués is a real delight, with its white houses, narrow and steep stone streets, crystal clear water coves surrounding the village considered one of the most beautiful in Europe. Lunch typical of these lands. On the way back to Barcelona we stop in a typical town of the Costa Brava, Peratallada, a town built on stoneware rock, has been declared a historic-artistic site, a cultural asset of national interest and is one of the most important centers of Catalonia in terms of medieval architecture. It preserves its old feudal aspect, with narrow and winding streets. After a stroll through the town we leave for Barcelona. Overnight stay.

Breakfast. Today we will visit with a local guide two of the most important works of Antoni Gaudí: the Sagrada Familia, and the Gu¨ell Park, in which he paid attention to every detail, using admirably the materials that the place offered to the architect and studying very carefully the topography of the mountain in which it is located to achieve a masterpiece that would damage as little as possible to nature. Since it did not work as a real estate project, it was bought by the Barcelona City Council to turn it into a public park. Rest of the day at leisure to stroll through the typical neighborhood of La Mercé or enjoy the wide range of cultural and leisure activities that Barcelona has to offer. Dinner and overnight.

Breakfast and departure to Montserrat, where we will visit the monastery located on a steep mountain that can be accessed by taking the cable car, which is also one of the tourist attractions of this place. The religious space dates back to the year 888, when Count Wilfredo the Belloso decided to grant it to the congregation of Benedictine monks for the construction of a monastery. Here is the image of the Virgin of Montserrat, popularly known as the Moreneta, a polychrome Romanesque carving from the late twelfth century, enjoys great devotion. The mountain of Montserrat is a natural park since 1987, and all the elements that make it up are protected. Continuation to Madrid. Arrival and accommodation.

Breakfast: Free time until transfer to the airport for your flight to your destination city. End of our services.

With 100 newly refurbished rooms, the Leonardo Hotel Barcelona Gran Via promises a peaceful and relaxing stay in a modern and stylish environment. With an architectural design of clean lines and bright colors, the unique style of the hotel's lobby and bar continues into each room, providing a fresh, contemporary feel to them all. Leonardo Hotel Barcelona Gran Via is located in the center of La Nova Esquerra de l'Eixample, between Plaça Espanya and the heart of the city. Just a 15-minute walk from Sants train station, a stay at the hotel will bring you close to some of the city's most emblematic sites, such as the well-known Fonts de Montjuïc fountains, with their beautiful spectacle of light and water. Business travelers will appreciate the hotel's convenient location near the Fira Barcelona Montjuïc exhibition center, a 15-minute walk or 7-minute metro ride away. Easily accessible by public transportation and with subway parking, the Leonardo Hotel Barcelona Gran Via is the perfect place for business travelers, tourists looking to see the city, families on vacation in Spain and anyone else who wants to experience the best of Barcelona.

This hotel is off Pont de Fontajau, a half-kilometer from Parc de la Devesa on the River Ter. We're a kilometer from central Girona and Girona railway station, 10 minutes from Old Town museums and a scenic path along the city walls. Enjoy our seasonal rooftop pool and attached bar, and expect a warm DoubleTree cookie on arrival. It has 115 comfortable and modern rooms, with warm decor and hardwood floors. The hotel offers Standard rooms, Superior rooms and Junior Suites, with numerous amenities and complimentary Wi-Fi Internet access. The top floor of the hotel features a terrace and an outdoor swimming pool.

This hotel, located in the emblematic Edificio España on Madrid's Gran Vía, has 27 floors with a wide variety of facilities to make your stay an unforgettable experience. This hotel in Gran Via offers free WiFi throughout the hotel, a Sky Bar with beautiful views of the city and conference rooms to celebrate your best events. In the facilities of the Hotel Riu Plaza España you have more than 550 rooms with mini fridge, air conditioning and heating, electronic safe and a courtesy kit, among many other facilities, to offer you the most pleasant stay. In addition, if you wish, you can cool off in the outdoor pool* located on the 21st floor, or practice your workout routines in the gym. 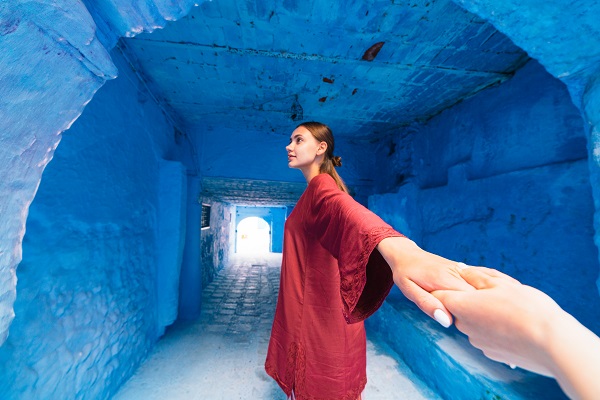 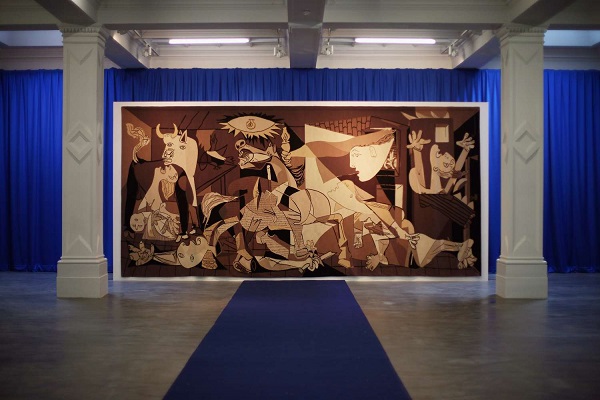 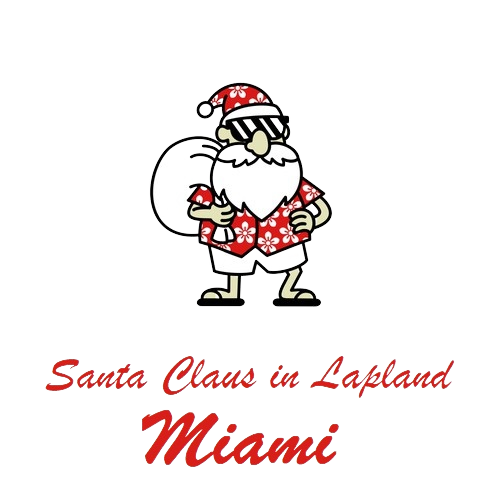 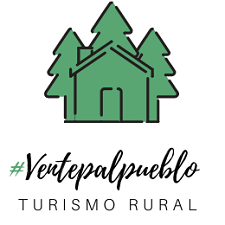 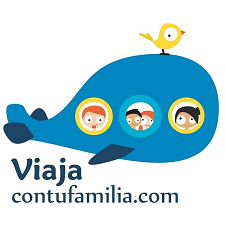 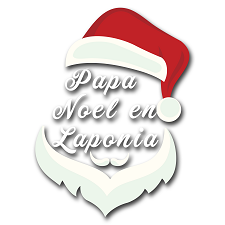 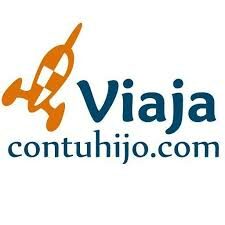 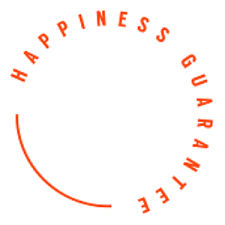 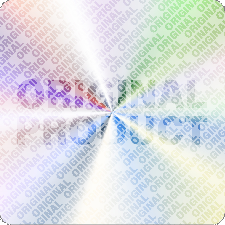 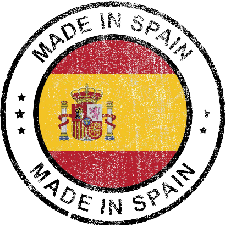 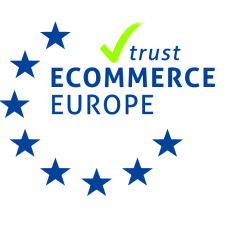 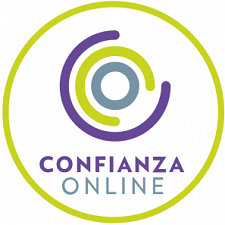 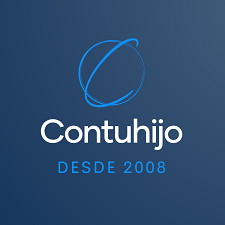